Opportunity To Analyze The Resources You Use In Detail 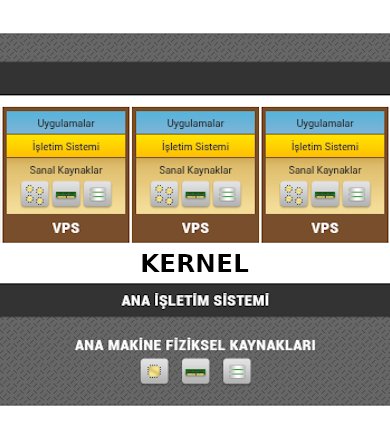 what is a VPS hosting?

VPS, which consists of the initials of the words Virtual Private Server, is the virtualization process performed on the operating system installed on the physical resources of the server. In this virtualization system, virtual servers operate on the operating system installed on the host server, dependent on the host system. It is not fully independent of the main server in terms of software; there are certain restrictions. For example, server Kernel compilation cannot be performed.
Another name for this system is operating system-based virtualization. NARWEB offers VPS as a service that can be used for the next levels of Reseller Hosting packages. It is a structure where more than one domain is hosted and can be used in cases where the features in the dealer packages are not sufficient. In VPS, unlike Reseller Hosting, server management is in your hands. Within the limitations of the VPS system, you can run any software on your server and operate it independently. The VPS service is ideal for small-scale hosting companies or advertising agencies.

Who is Eligible for Using VPS?

How is VPS Resource Privatization Processed?

If you request VPS Resources (CPU, RAM, DISK), it can be increased within 1-2 minutes. You will not experience any interruptions as there is no migration or system reboot in this process.